Consumers, researchers, and regulators are often tasked with reconciling conflicting information about the risks of adverse health effects resulting from exposure to common chemicals. When done right, thoughtful risk communication can help calm unnecessary fears and bring common sense to debates about chemical health and safety.

For example, we are increasingly confronted with speculative claims about the possible health effects of some chemicals as a consequence of their interaction with our endocrine system – often referred to as “endocrine disrupting chemicals,” or EDCs. These claims are meant to convince us that unresolved questions and theoretical descriptions amount to scientific certainty that certain chemicals are unsafe. But did you know that typical consumer exposures to the vast majority of endocrine active substances are far below levels known to cause adverse health effects?

A central issue has emerged amid this confusion: consumers need to be able to separate facts from noise and make informed choices. This means that we have to engage in effective risk communication that discourages unwarranted speculation, and promotes informed discussion about the science on chemical safety.

Two events – one a panel discussion at the 2018 Helsinki Chemicals Forum entitled Endocrine disruptors as a challenge for risk communication, and the other a special session at SETAC Rome 2018 entitled Towards a shared understanding of science and risk communication in the context of the inevitability of chemicals and the hazard they may represent, make it timely to explore the topic of risk communication and EDCs in greater detail.

Some of the key points covered in this article:

EDCs are not a uniquely complex scientific issue, but they may present communication challenges from how they are defined. Endocrine disruption represents but one among dozens of different, known modes of action by which chemicals may potentially produce toxicity. Many of these modes of action are complex, only partially understood, involve high degrees of scientific uncertainty; and potentially lead to chronic health effects that occur at low probability from months to decades after exposure.

What might make the subject of EDCs a bit more nuanced is how one defines an “endocrine disrupting chemical.” Consumers frequently hear media and activists refer to EDCs incorrectly; they mistakenly conflate the term “endocrine activity” with “endocrine disruption”. The distinction is very important and needs to be maintained. The World Health Organization (WHO) International Programme on Chemical Safety (IPCS) defines an endocrine disrupting chemical as “an exogenous substance or mixture that alters function(s) of the endocrine system and consequently causes adverse health effects in an intact organism, or its progeny, or (sub)populations.” 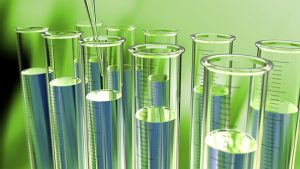 This internationally accepted definition of endocrine disruptor has two very important elements: first, that the substance alters the function of the hormonal system, and second, that by doing so it causes an adverse health effect (i.e. toxicity).The likelihood that an endocrine disruptor will cause harmful effects is based on its potency (how active it is) and potential for exposure (dosage, frequency, and duration).

When the public learns that “endocrine active” does not mean the same as “endocrine disrupting,” and that some substances commonly referred to as “endocrine disrupting chemicals” have not, in fact, been shown to cause adverse health effects, they are usually both surprised and relieved. That’s why it’s so important that scientists and regulators who engage in risk communication about endocrine disruption use accurate and precise characterizations and refrain from applying labels that imply concern, when that concern is not supported by the evidence.

Articulating the Difference Between Risk and Hazard

For effective risk communication to take place, a risk assessment must first be completed. Risk Assessment is a complicated science, but one that consumers have clearly expressed an interest in learning more about given that it can help them make more informed purchasing decisions – for themselves and for their families. Risk assessment is the analysis of the possibility of a harm arising from a particular exposure to a chemical substance, under specific conditions. Risk is a function of the inherent hazardous properties of a chemical substance, but also of its potency (its relative activity) and the potential for exposure.

Frequently, the public receives only hazard information (e.g., chemical X is likely to cause cancer), but does not receive adequate information about potency or about how the finding relates to the likelihood and/or magnitude of their exposure in the course of their daily activities. If there is little or no exposure, then there is little to no possibility that they will be harmed.

California’s Proposition 65 (more formally known as the Safe Drinking Water and Toxic Enforcement Act of 1986) is one example of where communicating hazard only, without the context of exposure or risk, can mislead and confuse the public. In a recent LA Times editorial, “Warning: Too many warning signs are bad for your health”, the editorial board complained that the law requires posting of signs that don’t provide the context to help people make educated decisions about the risk they face. The Times called for the law to be fixed or replaced.

A Need for Balance in Risk Communication

All individuals – be they technical experts, policymakers or laypersons – want to have credible, trustworthy, balanced and understandable information about the scientific evidence of environmental health threats, including exposures to EDCs, in order to make informed decisions. Balanced communication is communication that is non-alarmist and includes a discussion of trade-offs between the benefits of a particular chemical, its use in products, actual exposures from that use, and its potential risks.

Rarely is there complete consensus among scientists on the risk of a given threat, and even then, that consensus can be wrong. Credible risk communication acknowledges uncertainties and opposing viewpoints. Scientists and regulators who successfully engage the public in risk communication typically follow some or all of the following guidelines: 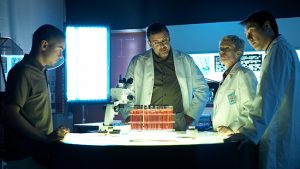 Recently, several Nordic countries met to exchange their experiences with risk communication and concluded that it should be positive and focused on delivering a relatively few, simple, practical tips. For example, they warned against unnecessarily alarming pregnant women about chemical risks since it may cause them to avoid the very healthy practice of breastfeeding their babies. Instead, experts recommend framing messages in a positive and constructive tone and to reach audiences by using channels that they trust, including social media, as appropriate. Their final advice was to help individuals compare the magnitude and uncertainty of chemical risks from low-level consumer exposures with risks posed by more well-known, and scientifically established factors.

Staying True to the Science, Even in a Competitive Publishing Environment

The public frequently questions the accuracy or credibility of the scientific reports they read in the news. After all, there are a lot of conflicting headlines. In a seminal paper published in 2005, Dr. John Ioannidis demonstrated that the majority of scientific findings published in peer-reviewed journals are later proved to be wrong. Specifically, he wrote:

“There is increasing concern that in modern research, false findings may be the majority or even the vast majority of published research claims. However, this should not be surprising. It can be proven that most claimed research findings are false.”

Ioannidis cited multiple reasons for the phenomenon, including small sample sizes and misuse or misinterpretation of statistical tests and a lack of adherence to common standards of study design, measurements and analysis.

Many hoped that Ioannidis’ paper would cause academic researchers to become more circumspect and cautious, but, more than 10 years later, little has changed, and there are still cases in which researchers over-hype their findings – much to the detriment of the science, medical practice and public policy.

As a result, the public has rightfully started to demand less arrogance and greater humility in communications with them about potential risks to their health.

Acknowledging the Influence of Reporting/Publication Bias

Although people are suspicious about purported health risks they see or hear reported in the news, it would be natural to wonder if the research that perhaps didn’t find any health risks might be underreported. Indeed, sometimes the results of rigorous, principled, and sound science don’t see the light of day simply because the study yielded a negative result – in effect, the researchers of a particular study may not have found anything “novel” to report, and reporters aren’t given a good headline.

Some chemical safety assessments may overstate the strength and weight of scientific evidence that is presented. As consumers learn to scrutinize information more closely, they may realize that studies which fail to find an association between an exposure and a health effect (i.e., negative or near null findings) are less likely to be published in the scientific literature.

There’s even a name for this phenomenon: “publication bias”. It is but one form of what is referred to as reporting bias. Studies have been done which estimate that positive findings are 4-5 times more likely to be published in the literature than negative, or near null findings. 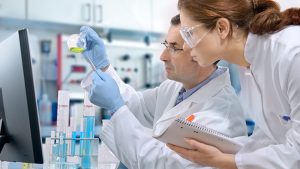 The consequences of publication bias can be severe. It distorts the scientific record.  Clinicians and policy makers may be seriously misled. Conclusions derived from critical reviews of existing evidence that are based only on a review of published data should be interpreted cautiously, especially for observational studies which have been shown to be particularly vulnerable to the phenomenon.

Scientists should be encouraged to publish their results, regardless of the direction of the findings, and journal editors need to become more receptive to publishing such results. Scientists and regulators also need to be aware of and become sensitive to the phenomenon and exercise caution when communicating about risks.

Activism May Be Jeopardizing the Integrity of Science and Risk Communication

Finally, public health and environmental activism is on the rise and is increasingly influencing the design, analysis and reporting of scientific research and thus jeopardizing the integrity and credibility or risk communication.

This is certainly the case for EDCs. A group of U.S.-based scientists has aggressively lobbied the European Commission on its proposed criteria for identifying EDCs, even going so far as to conduct studies using questionable methodology leading to grossly exaggerated health burden costs they attribute to EDC exposures.

Scientists should not be outright disqualified from engaging in policy debates for they have an important perspective that needs to be heard. However, scientists who wish to engage in activism need to adopt and practice a code of conduct to help ensure protection of the integrity of science and of risk communication.

A Final Word about EDCs and Risk Communication